We provide this website free of charge due to advertising fees we receive from the brands we review. Full Advertiser Disclosure.
This website is an independent comparison site that aims to help consumers find the most suitable product for their needs. We are able to maintain a free, high-quality service by charging an advertising fee to featured brands whenever a user completes a purchase. These advertising fees might impact the placement of the brands on this page and combined with the conversion rates might impact the scoring as well which are further based on a combination of review findings, user experience and product popularity. For more information please review our how we rate page. We make best effort to present up-to-date information; however, we do not compare or include all service providers in the market.
Featured prices can be updated and free offers may include additional terms.

This website is an informative comparison site that aims to offer its users find helpful information regarding the products and offers that will be suitable for their needs. We are able to maintain a free, high-quality service by receiving advertising fees from the brands and service providers we review on this website. These advertising fees, combined with our criteria and methodology, such as the conversion rates, our team of reviewer's finding and subjective experience and product popularity, impact the placement and position of the brands within the comparison table. In the event rating or scoring are assigned by us, they are based on the position in the comparison table, or according to other formula in the event specifically detailed by us. See our How we Rate page and Terms of Use for information. The reviews, rating and scoring are provided “as-is” without guaranties or warranties regarding the information contained in our website, which shall not be considered as endorsement. We make the best efforts to keep the information up-to-date, however, an offer’s terms might change at any time. We do not compare or include all service providers, brands and offers available in the market.

Our scores, ratings, and labels are based on our reviewer's findings, product testing, product popularity, and advertising fees combined with conversion rates. For more information take a look at our How We Rate page

Spotify is expanding their music streaming business under a very complicated licensing scheme, which in turn effectively prevents them from operating in certain markets. This means that you can experience difficulties accessing your Spotify account in certain locations such as all of Africa (with the sole exception of South Africa), China, India, Pakistan, and Russia, among others. Check the full list of countries where Spotify is available. You may still need a VPN for accessing Spotify, which we’ll discuss further in this article.

You need to consider a combination of factors when selecting a feasible VPN for Spotify. Those features include bandwidth and internet speed, server locations, uptime, encryption options, log policy, and others. These are all factors we take into account when reviewing Spotify VPNs.

According to reports by CNBC, Spotify is planning to file for IPO now that it has close to 160 million active monthly users and 71 million paying subscribers (see below).

It is possible that the company may be forced to adopt a simpler licensing policy if Spotify is to attract investors in order to go public.

Spotify operates under two classes of licenses: Sound Recording License agreements and Musical Composition License Agreements. Sound Recording License agreements pertain to the rights to a particular recording, while Musical Composition License Agreements govern relationships with the people who own the rights to the song.

Relationships between independent labels and Spotify are governed by a deal with Music and Entertainment Rights Licensing Independent Network (Merlin) that covers the rights over digital recordings.

As we said before, this is a very complex licensing structure, so Spotify must make sure it complies with legislation in various jurisdictions and must secure perfect contractual and copyright relationships with a great variety of entities and individuals. This forces them to track the IP addresses of their free and paid users, mainly to ensure compliance with any local copyright laws.

Therefore, you should not be surprised if Spotify is detecting your physical location and IP address and prevents you from accessing your account. You can continue streaming your favorite music on Spotify by using one of the above-listed VPN services to mask your current server IP address.

VPN services are doing just that – they provide you with a different IP address to connect to online services and websites. However, you can use a VPN for more than just connecting to Spotify from around the world.

Other uses for a Spotify VPN

Contrary to popular belief, a virtual private network application is not only a tool to encrypt traffic or protect online privacy at home. You may need a VPN in a variety of scenarios, including both when traveling abroad and performing your daily tasks at the office.

System administrators tend to block certain online services and websites on corporate servers and for a good reason. Spotify, while not a service that would install malicious code on company servers, may still be blocked. Your employer may decide that streaming audio at work is not a good idea. When you need to boost your productivity,  a VPN may help you stream music from Spotify at your desk. A good number of other useful sites and/or online services could be on a system administrator’s blacklist as well.  In most cases, one of the recommended VPNs from our list would make it possible to access these web addresses.

Anyone with basic technical skills can block an IP address, a range of IP addresses, or a specific URL using the settings of a corporate server. If it is not openly violating a company policy, you can certainly use a VPN to avoid such restrictions.

You can use a free VPN for accessing your Spotify account abroad or at work, but you have to bear in mind that free VPN use usually still comes at a price. Obviously, a free service assumes you won’t purchase a plan. What else can they sell to finance their operations? The answer is your private data and browsing history. A recent example with a popular VPN provider such as Hotspot Shield makes the case for free VPNs leaking user data even worse.

Researchers have found that an overwhelming number of free VPN services – and there are a lot of them – do not provide any service at all. Some of them may even promote themselves as tools to access an online service that is accessible for free and without any international restrictions.

Other VPN providers will offer you free VPN service, but it will come with certain restrictions. As we mentioned, you need unlimited bandwidth and the fastest speed possible to stream audio and video, especially if you do so on multiple devices simultaneously. This scenario is most likely in your home. Even the best free VPN cannot offer these kinds of appropriate speeds or bandwidths.

You can avoid all the hassle and insecurity of free VPNs by simply opting for a plan with a trusted VPN provider. Checking our list of top VPNs for Spotify reveals that you can get VPN service for as low as below $4 a month with a biannual plan, while the annual plans are averaging $5 to $6 a month.

Instead of risking it with a free VPN, we highly recommend you consider a paid VPN subscription that offers all the expected functionality and works well with Spotify. You’ll only really be able to get out the most of Spotify’s music streaming service with a paid VPN.

Spotify at a glance

Spotify can offer you a lot to warrant a VPN subscription that allows you to access the service anytime and from anywhere while using multiple devices. A few important facts about Spotify as of January 1, 2018:

The company is valued at some $19 billion but has yet to make a profit after being founded by Daniel Ek in 2006. Since then, Spotify had acquired 12 other companies and completed two funding rounds, according to their CrunchBase profile.

They have two pricing tiers: a free plan and a paid plan. The only feature outside music streaming that a free plan has to offer is the shuffle play feature. The paid plan provides this functionality and also ad-free experience, unlimited skips, offline mode, a “play any track” function, and better audio quality.

Spotify is not rushing with their expansion and is yet to enter the market in a good number of countries worldwide. They serve 65 markets internationally, so you have a good chance of visiting a country where Spotify is not currently available.

In order to access streaming music, you need a VPN for Spotify in 130 countries and territories around the globe. With these figures in mind, you can check our list of top VPNs for Spotify and choose the VPN service that best fits your budget and specific needs.

What is a VPN?

VPN stands for Virtual Private Network. It’s a software that encrypts your online data and creates a secure connection between your computer and the internet. This ensures your traffic is safe, your identity is anonymous, and your online activities are protected. It’s virtually impossible for your data to be intercepted by cyber criminals or anyone […]

What can I use a VPN for?

A lot of things! The most popular VPN uses are for securing your internet data, guaranteeing your online privacy, and protecting you from cyber snoops, prying government eyes, or online spies. A VPN can also allow users to access websites, legal media content, and torrents from around the world. Other applications include increased safety when […]

Can a VPN protect my IP address and keep my location private?

Yes, VPNs are one of the safest ways for you to connect to the internet because they scramble your IP address and ensure your location is totally untraceable.

Do I need a VPN every time I access the internet?

How does a VPN protect my online activities?

A VPN protects you by encrypting your internet ID and sending your traffic to a VPN server through a secure tunnel before it gets redirected to the internet. You can imagine this as a VPN creating a secure tunnel for all your data to travel through. This makes your communications undetectable to outside parties and […]

How to Use a VPN to Secure Your Email

How to Install a VPN

Spotify is expanding their music streaming business under... 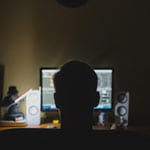 Spotify is expanding their music streaming business under...

Your information will be handled as detailed in our Privacy Policy. You can unsubscribe at any time
Please check your email.