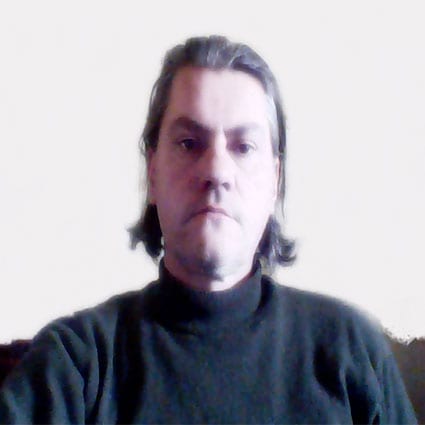 The term “Great Firewall of China” (GFW) was coined in 1997 and refers to China’s efforts to block access to selected foreign websites, and control the speed of cross-border internet traffic. Some popular restricted sites include Facebook, Twitter, and Google. It’s an effective defense that works by blocking content from selected IP addresses from being routed through. The GFW is a particular problem for foreign travelers or expats residing in China who want to access sites they’re used to or even have to visit.

We provide this website free of charge due to advertising fees we receive from the brands we review. Full Advertiser Disclosure.
This website is an independent comparison site that aims to help consumers find the most suitable product for their needs. We are able to maintain a free, high-quality service by charging an advertising fee to featured brands whenever a user completes a purchase. These advertising fees might impact the placement of the brands on this page and combined with the conversion rates might impact the scoring as well which are further based on a combination of review findings, user experience and product popularity. For more information please review our how we rate page. We make best effort to present up-to-date information; however, we do not compare or include all service providers in the market.
Featured prices can be updated and free offers may include additional terms.

This website is an informative comparison site that aims to offer its users find helpful information regarding the products and offers that will be suitable for their needs. We are able to maintain a free, high-quality service by receiving advertising fees from the brands and service providers we review on this website. These advertising fees, combined with our criteria and methodology, such as the conversion rates, our team of reviewer's finding and subjective experience and product popularity, impact the placement and position of the brands within the comparison table. In the event rating or scoring are assigned by us, they are based on the position in the comparison table. See our How we Rate page and Terms of Use for information. The reviews, rating and scoring are provided “as-is” without guaranties or warranties regarding the information contained in our website, which shall not be considered as endorsement. We make the best efforts to keep the information up-to-date, however, an offer’s terms might change at any time. We do not compare or include all service providers, brands and offers available in the market.

Our scores, ratings, and labels are based on our reviewer's findings, product testing, product popularity, and advertising fees combined with conversion rates. For more information take a look at our How We Rate page

China is famous for two walls. The first, the Great Wall of China, was started some 2,300 years ago. It was never completed and never served its main purpose – preventing invaders from entering China’s lands. The Great Firewall of China (GFW), also called The Golden Shield Project in China, is a more recent project. It started in 1997 and is considered the most ambitious and extensive effort ever to control all aspects of cyberspace and online communications.

If you’re in China, the Great Firewall will filter the data transferred between local servers and servers abroad, while the shield prevents some IP servers from responding to your data and connection requests. Thus, some services and/or websites will be unavailable without a proxy or a Virtual Private Network (VPN).

What is China’s GFW Blocking?

You will be surprised how many websites and online services are filtered or banned altogether in China’s mainland. These include all of Google’s suite of services:

Take a look at how the Great Firewall works in the below infographic. We advise you that using a VPN in China may be considered illegal:

It should be noted that some VPN sites such as Strong VPN, PureVPN, and VPN Coupons are blocked in China. Like with Netflix, VPN providers play a game of cat-and-mouse trying to adjust their tech stack to overcome the GFW. This discussion of the grey areas that VPNs straddle in China gives an example of what could happen to an individual using a VPN there.

As you can see, the search engine Baidu is the default website in China, whereas Google is the most popular choice in the European and American markets.

All the blocked services and websites mentioned – plus many more such as Disqus, DuckDuckGo, Periscope, SoundCloud, Ustream.tv, Vimeo, WhatsApp, and many others – will be restricted, whether you’re a business person visiting for a few days, a backpacker staying for a few weeks or a foreign student spending a year in a local university.

To get an idea of how sophisticated the GFW is, see this extensive list of techniques that GFW employs including:

Five things to know about China and VPNs

China’s GFW is a multi-layer system, and every local user passes through four security levels when using the internet. Some facts to bear in mind when going online in China:

China uses search engine services, social networks, and e-commerce sites that are specific only to China.

Steer Clear of These VPNs

There are many reasons why you may want to stay away from a certain VPN. The VPN  may not provide encryption, or there may be reports of service leaks of personal and business data. Free and cheap VPN services that may trade your browsing data and/or personal details to third parties. Some of them even openly disclose such practices claiming that this is a method to support a free or cheap VPN service. Some of them say that the data they provide to third parties is wiped so that it doesn’t contain personally identifiable information. Opt for a VPN service like this at your own risk.

There are many more examples VPN services providing misleading info about their features and policies on data collection and data sharing. There are also numerous VPNs that do not have a virtual private network behind their service at all.

You should be on alert for any VPN application or online VPN that offers service in exchange for nothing. As they say, there is no free lunch. The only commodity that a VPN or a VPN-like service can monetize is your personal/business data and your browsing habits.

Are VPNs legal in China?

Foreign companies doing business in China and/or with offices there should get approval to develop or use a VPN service for business purposes. In theory, VPNs for corporate/business purposes are not banned in China – in fact, those that are approved by the government are totally legal. There can be issues, however, if a business is illegally using a VPN.

China is openly contesting the service provided by virtual private networks to individuals, while certain VPN providers are totally banned across China. You should bear that in mind when selecting a VPN for a trip to China and when setting up a VPN service. A VPN service you can access easily in your home country may be on the list of those are prevented from operating in China.

Local authorities had plans to block all VPN services starting from February 2018, but the plan was since abandoned or relaxed. It’s important to know that the government is often changing its policies regarding the usage of VPNs in China, so always be sure you’re up to speed on the latest developments there before you use a VPN.

What about Hong Kong and Macau?

One good piece of news is that no VPN is necessary to access content in the Chinese territories of Hong Kong and Macau.

When are VPNs being blocked in China?

As we said, you may experience issues using a VPN without any evident particular reason. The local authorities are able to suspend access to certain online services without warning and even prevent selected mobile devices from having internet access and/or operating altogether. Actually, any developed country can do the same, should the authorities decide so. A number of countries other than China also shut down certain websites and social networks on a regular basis.

What are VPN alternatives to use in China?

Therefore, you may decide to use an alternative to VPN when browsing from China. A good post on Quora explains that VPNs are just private networks that exist between two or more machines that in turn exist virtually rather than physically. In this sense, the “private” in VPN simply means it is not public; others cannot just join or leave. So, any such connection is an alternative for using a VPN for China, provided you have the technical means and IT knowledge to set it up – and provided it’s legal according to the most current regional laws .

Our list of recommended VPNs all excel in factors such as speed, price, encryption and features offered. All of these VPNs are easy to install and set up, their pricing is in the range of $6 to $8 a month with an annual plan, and all of them offer data encryption.

What is a VPN?

VPN stands for Virtual Private Network. It’s a software that encrypts your online data and creates a secure connection between your computer and the internet. This ensures your traffic is safe, your identity is anonymous, and your online activities are protected. It’s virtually impossible for your data to be intercepted by cyber criminals or anyone […]

What can I use a VPN for?

A lot of things! The most popular VPN uses are for securing your internet data, guaranteeing your online privacy, and protecting you from cyber snoops, prying government eyes, or online spies. A VPN can also allow users to access websites, legal media content, and torrents from around the world. Other applications include increased safety when […]

Can a VPN protect my IP address and keep my location private?

Yes, VPNs are one of the safest ways for you to connect to the internet because they scramble your IP address and ensure your location is totally untraceable.

Do I need a VPN every time I access the internet?

How does a VPN protect my online activities?

A VPN protects you by encrypting your internet ID and sending your traffic to a VPN server through a secure tunnel before it gets redirected to the internet. You can imagine this as a VPN creating a secure tunnel for all your data to travel through. This makes your communications undetectable to outside parties and […]

How to Use a VPN to Secure Your Email

How to Install a VPN

A Virtual Private Network (VPN) is a software...

Internet security relates to how a VPN protects...

Australia is one of the most unique places...

A Virtual Private Network (VPN) is a software...

Your information will be handled as detailed in our Privacy Policy. You can unsubscribe at any time
Please check your email.